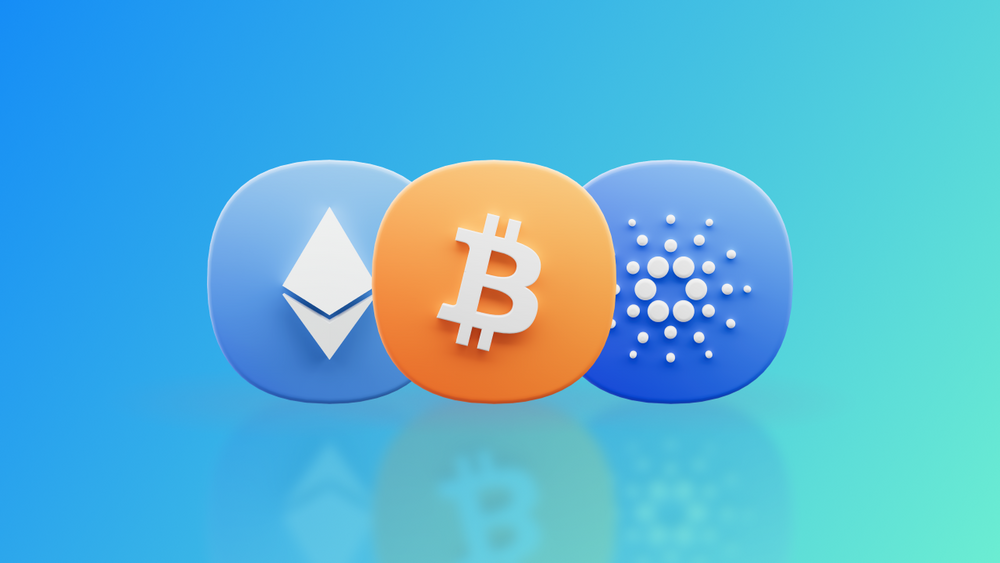 The markets had a weakening 📉 slow few days for cryptocurrency across the board with Bitcoin now on its 4th-day decline after a low volume weekend. Bitcoin pumped up to $22K last Friday 💪 after US Job Reports alleviated some concerns that the country was already in recession. However, it wasn’t able to hold its bullish stance for long.

Ethereum and the rest of the altcoins also followed suit, now on a slow almost drip-like decline. And the NASDAQ and S&P 500 have also stalled after a push to the upside. It seems the global markets 🌐 are sitting on the sidelines awaiting some sort of catalyst 💥 to get moving and with some important data being released this week, we could see just that!

King of the ‘Crypto’ Hill Bitcoin (BTC) was able to close last week at about 8% higher in price after reaching $22K 🟢 last Friday, but the bullish momentum was short-lived as after only 5 or so hours, BTC started to drop and tumble down to $20,570 where we are currently at; back to where Bitcoin was before 🌌 the weekend pump.

As you can see from the chart below 👇, we can see Bitcoin is on its way down to that psychological support level of $20,000 where we seem to keep bouncing above and below ↕️ for almost a month now. Bitcoin has only just broken the $20,570 level and if we continue to see further downside, all eyes will be on $20K. But, if we are to see the bulls take control, a strong resistance point is at almost $21,500. 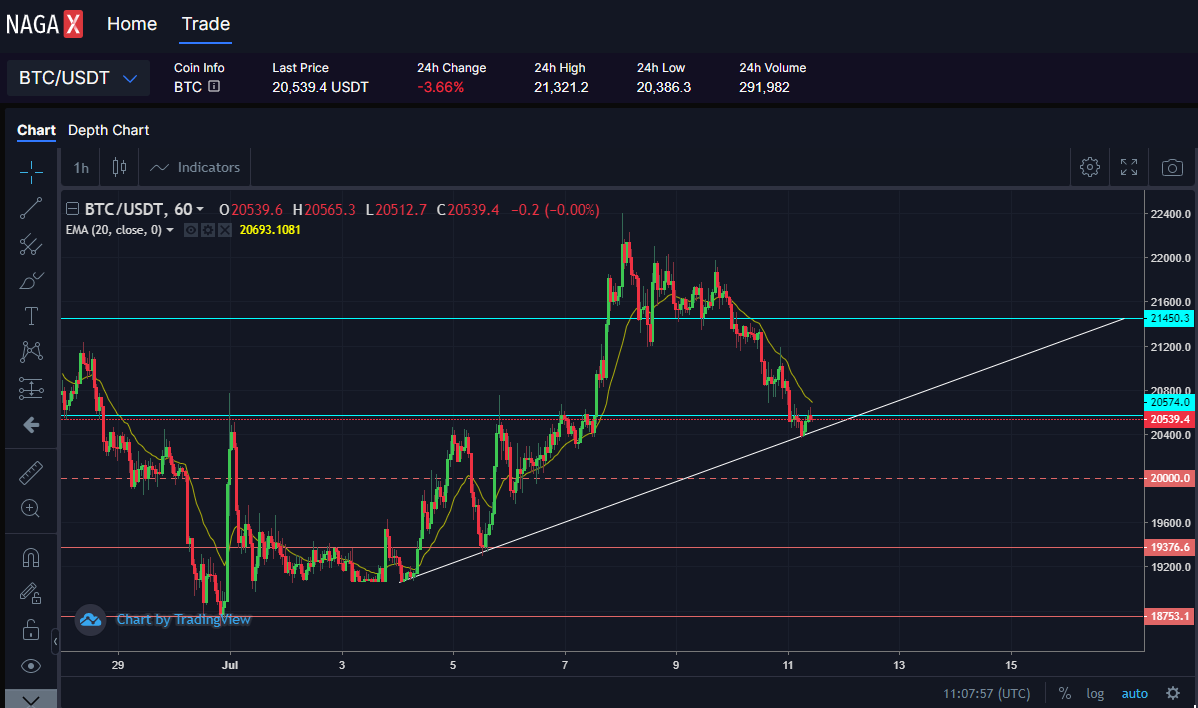 Our hourly BTC/USDT chart shows its weekend decline and is currently bouncing off the bullish trend line. Will it hold?

We can also see the bullish trend line 🐂 we’ve been mentioning lately, holding pretty well thus far as the price is currently bouncing off of it. However, if the bears are to apply pressure and we see a break of this line, we can expect to see further action to the 🔻 downside. Analysts are now supporting the fact that getting back to $17K 📉 is becoming more of a reality as there is more strong bidding around those levels and if the price was to head there, then the bulls are ready with orders indicating this could be a potential 🍑 bottom.

Most altcoins, as expected, have followed Bitcoin’s price action with the majority mostly in the 🔴 red.

Cardano (ADA) is actually performing well in this last hour being almost 1% up 🤜🤛 and that could be because of the upcoming Vasil Hard Fork and the fact that Cardano whales have accumulated nearly 80 million ADA! Could this see a big price rise in the next 24 hours?

📊 Taking our eyes over to the stock market, they really showed bullish momentum and strength last week with the S&P 500 advancing by 1.9% and the Nasdaq by 4.6%. However, futures of the Dow, S&P, and Nasdaq have dropped about 0.7% on average. But this is not indicative of index trade prices.

📅 Friday's June jobs report alleviated some concerns that the country was already in recession, however, doubt grew on the general downturn for the US economy. The summary for the report on last month:

Andrew Hunter, the senior US economist ✍️ at Capital Economics said in a statement: "The strong 372,000 gain in non-farm payrolls in June appears to make a mockery of claims the economy is heading into, let alone already in, a recession".

📖 In this coming week, we will get more insight as to whether inflation pressures are pushing business and consumer pullbacks that could really tip ⚖️ the economy into recession. Keep an eye out later on today 🕵 for our weekly economic events and forecast blog!

By Ending The Month Strong, Is Crypto Winter Thawing Out? | Daily News 1/8/22