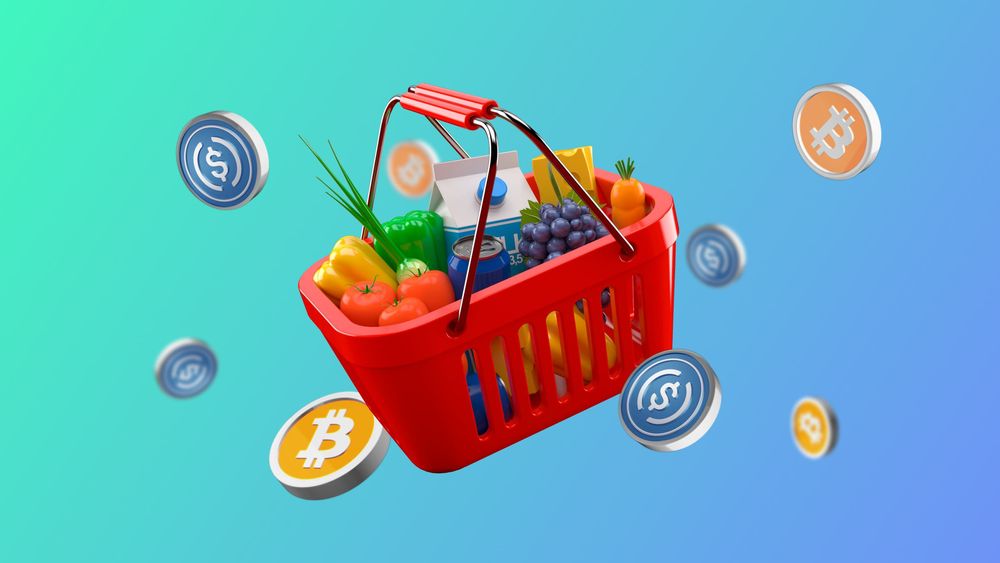 The last 24 hour hours seemed like just another groundhog day 🐶, seeing Bitcoin hold its range in a very steady manner, for now. It's almost like investors are waiting for something; most likely today’s CPI report that will provide key inflation data that we’ve been mentioning throughout the week.

As for price action, BTC decided to dip a little below the $30k region albeit for a brief moment but still remaining in our ascending trendline, generally holding roughly flat 🟡 over this key area that we’ve seen for a number of weeks! 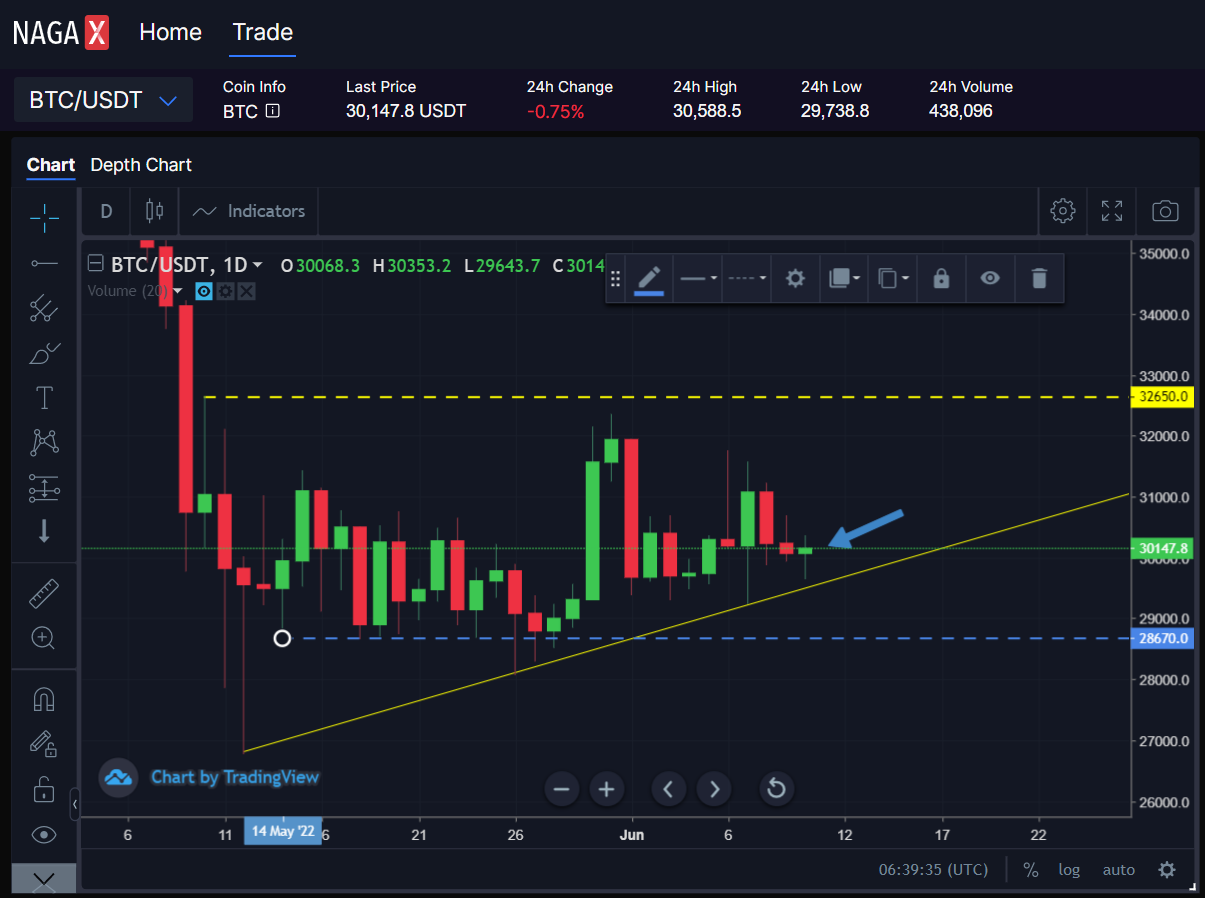 Showing the relatively flat price movement on the latest daily candle. Undecided? Or waiting to pounce?

With the news of the European Central Bank announcing they will be raising interest rates next month and the CPI report later today, it is likely expected to show inflation sitting well above 8%, to which we will see Bitcoin make a more decisive move within the current channel we are in. Just like when the NFP report was awaiting to be released, traders are waiting on the sidelines for this one, which explains the lack of movement in price in the last 24 hours!

As a slice of positivity in regards to Bitcoin, we saw yesterday that the Chairman of the CFTC (Community Futures Trading Commision) is “very encouraged” that congress is making moves to grant the agency more authority over digital assets. This is great news for the future of cryptocurrencies! Chairman Rostin Benham said “it's important to start to draw the line around which coins are commodities and which are securities”. With this more active role by the CFTC amidst the backing of the latest Crypto Bill to congress yesterday, the biggest takeaway is that the majority of cryptocurrencies (including Bitcoin & Ethereum) will be defined as officially recognized commodities and fall under the scope of the CFTC and not the SEC! Especially as we have seen so much intrusion and involvement by the SEC regarding XRP, Binance etc.

And more refreshing news to take into account from yesterday is that Jay-Z (artist) and Jack Dorsey (CEO of Block) are set to launch 📖 The Bitcoin Academy in New York, which plans to provide financial education with an emphasis on Bitcoin. There are many big plans for this academy that will run its program twice a week as well as weekend programs aimed toward children. In addition to this new learning program, NAGAX offers our very own beginner-friendly educational centre: NAGAX Academy. Here you can learn everything you need to know about blockchain and cryptocurrency through the various articles, videos and webinars we have, so why not come and get started today! 🧐

Just as Bitcoin has been fairly inactive over the last day, so have the altcoins! Ethereum’s price movement is almost identical to Bitcoin showing it dipped to about $1750 briefly, before returning back to almost $1800, where it also sits and waits.

The % change in prices have been relatively flat across the board for alts, however a few have performed pretty well in relation to the current indecisiveness of the market.

🟢 VeChain (VET) is up almost 5% over the last 24hrs, primarily due to its latest announcement that the UFC (Ultimate Fighting Championship) have chosen VeChain to serve as the organisations first official layer 1 blockchain partner. Striking a deal like this with a sport that is experiencing the most rapid expansion, will bring even more attention to blockchain and cryptocurrencies. A knockout win for sure! 🥊

🟢 Polygon (MATIC) and Chainlink (LINK) are both also doing very well considering the general markets flat line movement, with % increases of 5% and 6.5%, proving there is still bullish momentum in the market. Polygon was on the cusp of a bullish breakout after 3 days of consolidation and subdued RSI, so we have finally seen the move most traders were looking for here. Chainlink has introduced staking to its ecosystem which makes sense of the price move!

🔴 Cardano (ADA) has dipped about 4% over the last 24 hours although this is expected as it has done considerably well over the last week versus the rest of the market.

🗠 Stocks have fallen fairly sharply since yesterday ahead of today’s CPI report as investors and traders are concerned about the state of the U.S. economy! We saw the S&P 500 drop about 2.5% and the NASDAQ about 1.5%. Investors are now waiting for the CPI to show if inflation has peaked - and then we will see what knock on effect this will have for the dollar, to ultimately see how Bitcoin will react in response!

💲 The strength of the dollar has taken another leg up in value proving it's getting stronger in these times, however slightly retracing back down over the last few hours. Something interesting to point out is that the chart pattern of the DXY is following VERY closely to what is known as ‘The Cheat Sheet’ (Psychology of a Market Cycle).

Now, if the US dollar keeps following this pattern as it has been doing thus far, then a steep decline in the dollar is to follow. This would indicate that with this weakening of the dollar, Bitcoin will respond in a very bullish manner! Of course, this is just a pattern simile, and not indicative of what is going to happen as patterns repeat…until they don't.

🌎 Looking at other global macroeconomics; with news of the Russia-Ukraine war having more developments with Putin appearing to hint at further invasions, and health experts saying COVID-19 restrictions could have reduced exposure & lowered immunity to infectious diseases - we could be on the cusp of seeing more world news make drastic effects to the markets. So, this is something we should all be aware about and keep our 👀 on for sure!