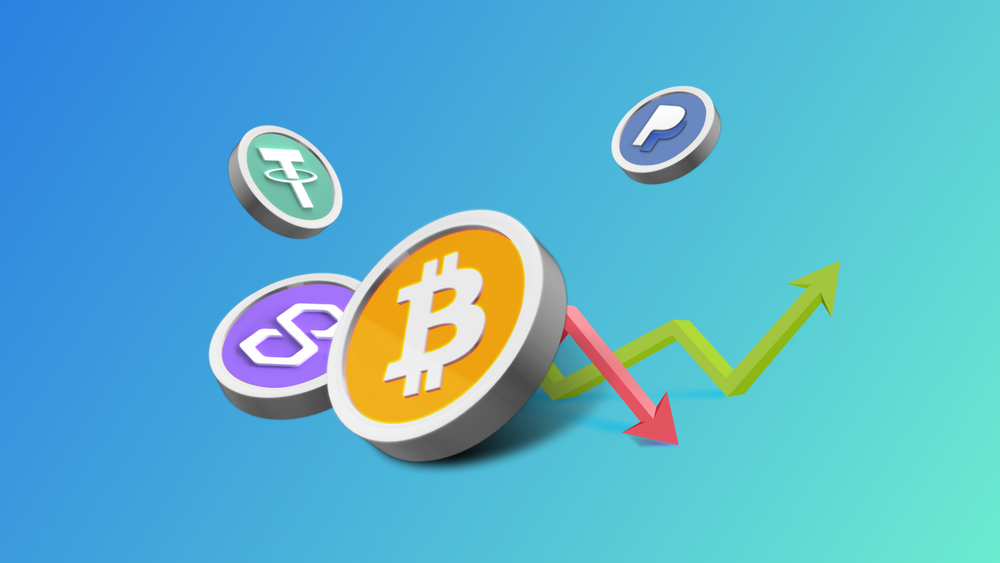 Well, just as yesterday's daily news was called the ‘Swaying Waves of Bitcoin’s Price’; the last 24 hours has shown Bitcoin to just repeat that same effect.

Only just a few hours ago, Bitcoin’s price reached the resistance level to $31,500 yet again, just to get rejected and come back to its support level of the $30k mark! This price action seems all too familiar with the battle of the bulls and bears, showing its volatile 📈📉 price swings. However, although we have seen price movement, we still haven't seen anything substantial enough to break us above or below key points to figure out 🤔 where the market is going…yet! 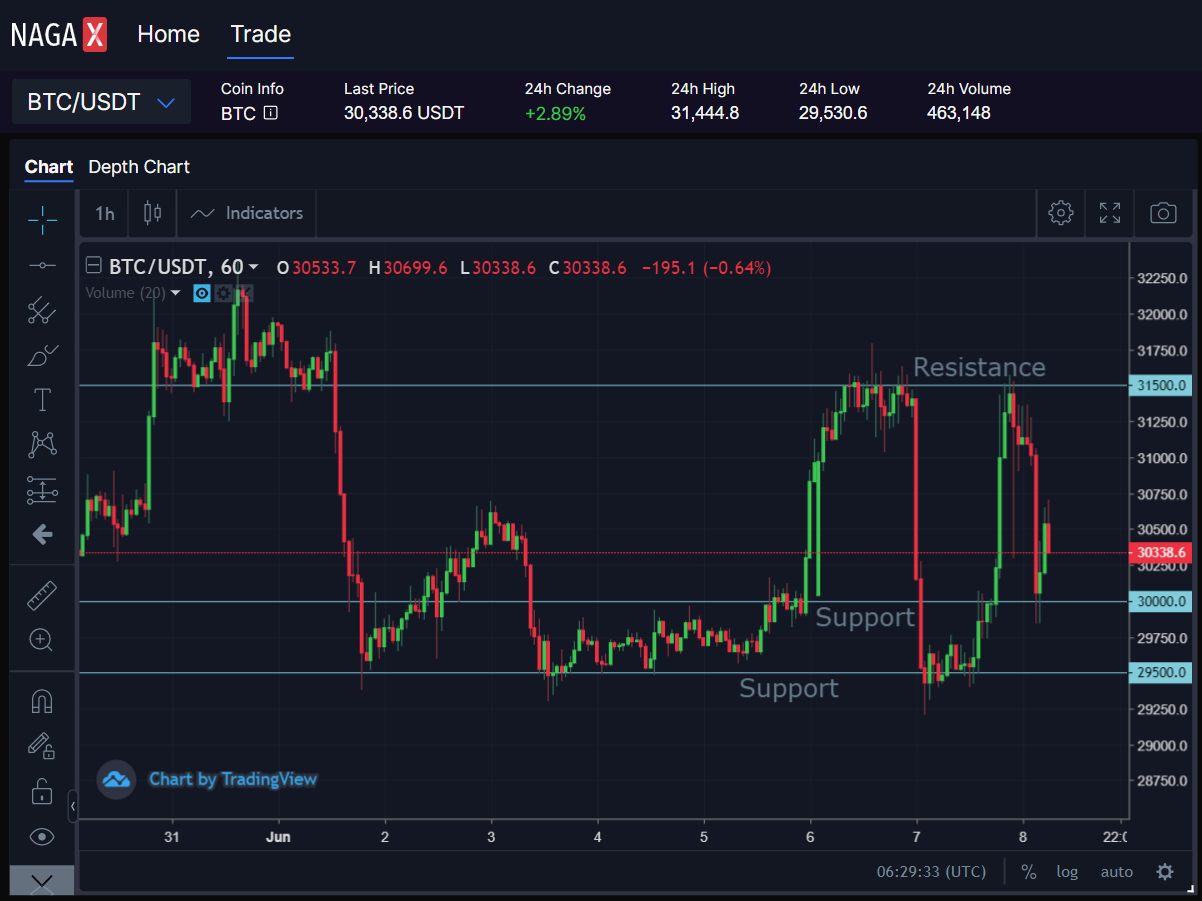 The BTC chart on 1hr time frame, repeating the same ‘waves’ of price action and consolidating.

So, what can we expect from here? Well, there are always two sides of the coin (pardon the pun), in which one of two scenarios will play out and it's all about probabilities of which way it will turn (and we are definitely not going to speculate here). However, we can see what is expected for each outcome.

For Bitcoin to continue a bullish move to the upside, we need to see clear movement over the $31,500 resistance level, and maintain it, with the next price move to look for will be $32,200!

However, there is some speculation that Bitcoin still hasn't hit its bottom 🍑 yet, where historical charts have indicated that we still have some way to go. Although remember, past results isn't always reflected on tomorrow's performance!

Meanwhile in the Altcoin world, alts were pretty mixed in the last 24 hours, mostly all just in the green showing an average of just over a 2% increase, including Ethereum peeking just over $1800.

🟢 But, we did see some good gains compared to BTC’s flat overall performance, including the top performer Chainlink (LINK) rallying up as high as 11% in the last 24 hours! Cardano (ADA) also followed suit hitting highs of about 10%.

🔴 Alts that didn't do so well were Solana (SOL), Cosmos (ATOM) and Internet Computer (ICP) dropping into negative 1-2% performance respectively since yesterday. The biggest loser in the last 24hrs is Tezos (XTZ) with -5%, however not a surprise due to yesterday being one of the only good performers in the market and it is still above its bullish trendline! 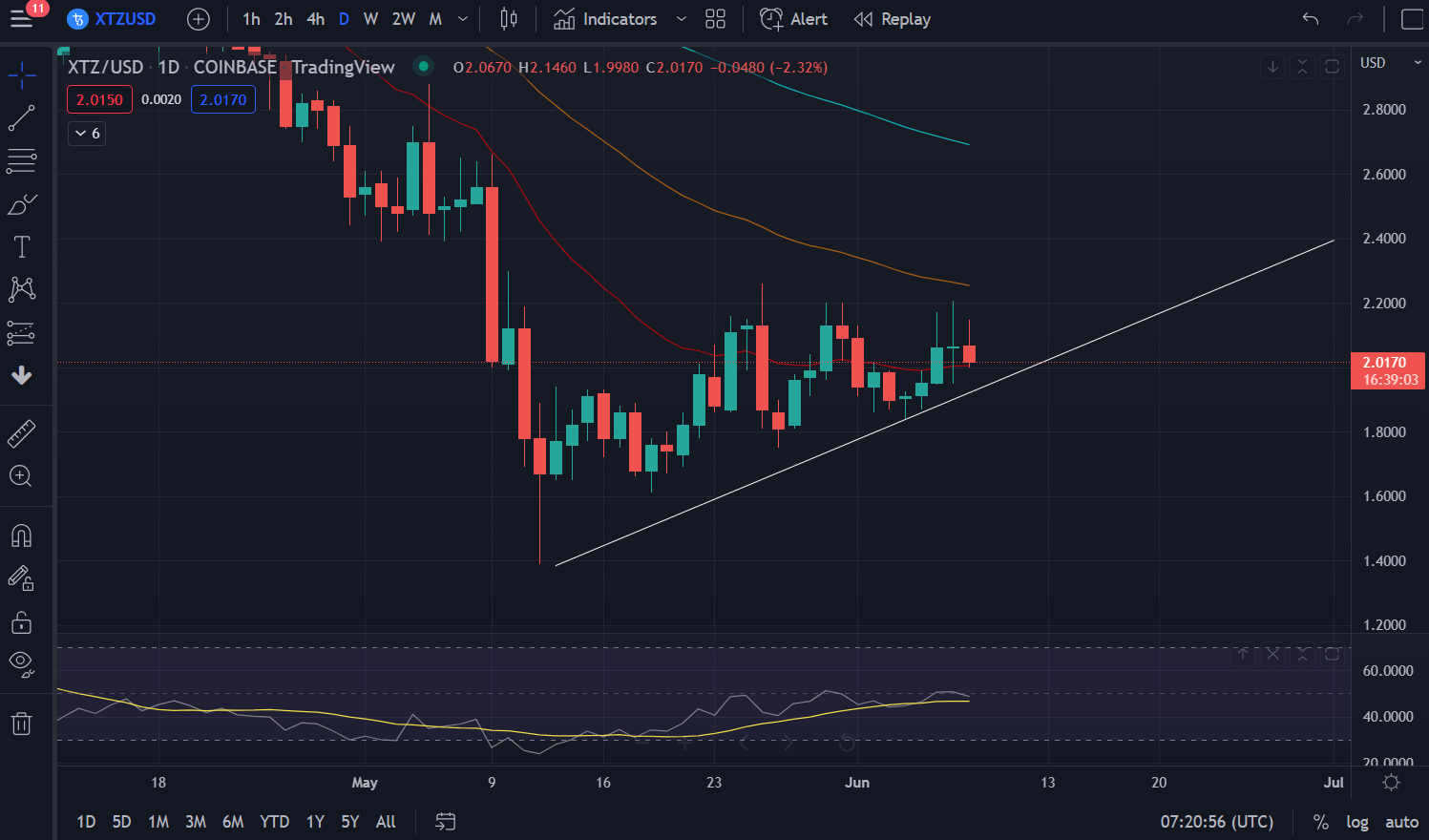 Tezos (XTZ): Although underperforming most in the last 24hrs, it is still above its bullish trendline.

In other altcoin news, Circle (the issuer of the 2nd largest stablecoin USDC) is adding support for Polygon USDC on its payment and treasury platform. This will ultimately allow users to swap fiat for native USDC across different blockchain networks. This has caused Polygon (MATIC) to perform quite well in this again, relatively flat market.

“This paradigm shift at some point will bring in a new cycle,” he said. “It’s been so long since we’ve had to consider what a world is like with real interest rates and real cost of capital that will distinguish winning companies from losing companies, winning stocks from losing stocks.”

This is certainly an interesting point of view in the general markets, and even more interesting as to how it will affect cryptocurrencies. Bitcoin has always been called the ‘hedge against inflation’ and if what Ted Pick says is accurate, then we may see Bitcoin not only prove its status 💪 but also potentially see its value hit unprecedented 🚀 highs!