BTC; Hedge Against Inflation or Headed Down With Traditional Markets? | Daily News 14/7/22 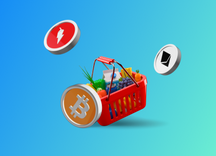 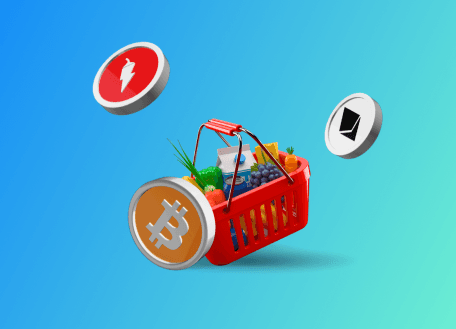 A very interesting last 24 hours 🤔 in the cryptocurrency market, with Bitcoin reaching highs 📈 of almost $20,500 in a nice little relief rally, and the majority of the altcoin market following suit! This happened, despite expectations of maintaining lows in price due to the CPI report data 📝 released yesterday. Tech stocks were also down yesterday 🔻 on the released data. So, is Bitcoin reclaiming its narrative of truly being a hedge against inflation?

Yesterday, Bitcoin (BTC) dropped almost 4% 🔻 within minutes of the release of the CPI report 📝 yesterday, showing its nature of volatility which many traders and investors took advantage of.

However, since the drop - Bitcoin has pumped, reclaiming that 4% and going higher to almost $20,500 despite the EUR/USD dropping, Gold dropping, S&P futures dropping and the US Dollar Index strengthening! Could this be an indication that Bitcoin 🧐 could be reclaiming its title of a ‘hedge against inflation? Price is currently dropping just under the $20K support level as of writing, so we could see a retrace further back down; but it is certainly refreshing to see some inverted positive price action vs all the inflationary data we had yesterday. Albeit, even if it's just momentarily! 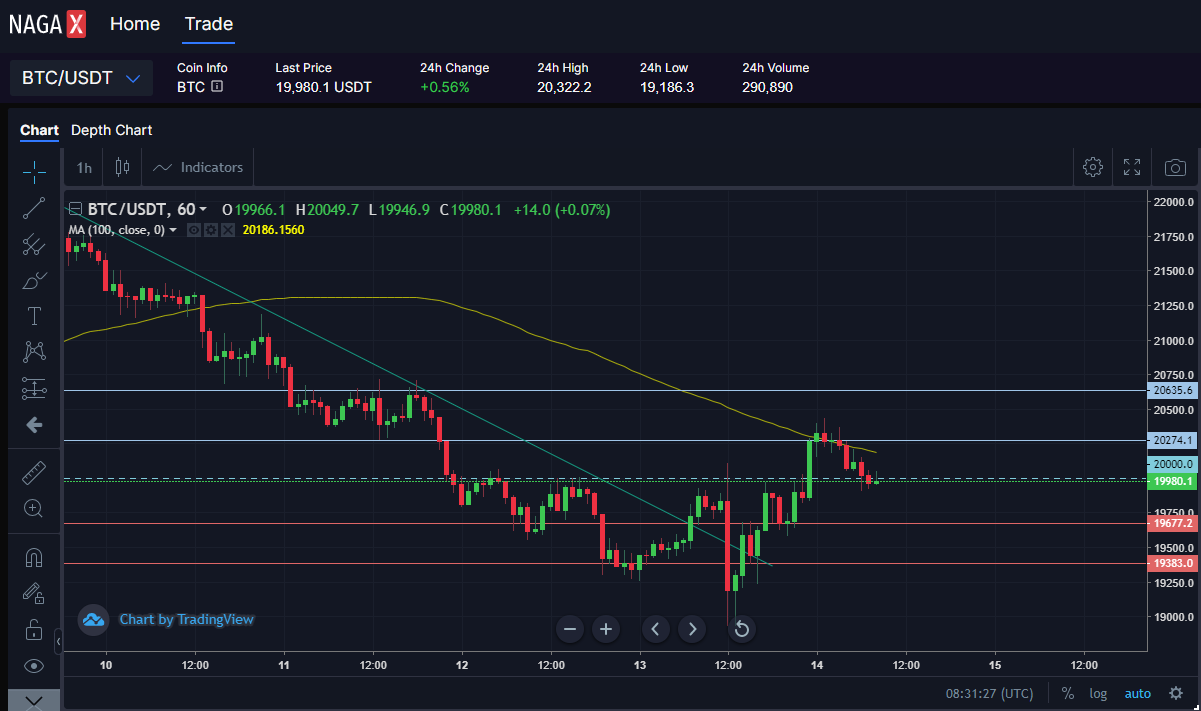 The BTC/USDT chart on the hourly showing the volatile drop after the CPI release and its recovery.

As you can see 👀, we are hovering just under the $20,000 psychological support level and if we are to see further downside 🔻, then the next support level to keep an eye on is $19,667. Adversely, if we see the upside 🔼, then the resistance to break is around $20,270. 🕵 We have further economic data released today with the PPI report and unemployment claims, and more tomorrow which is sure to affect the global economy and markets, so time will tell us how the markets, including Bitcoin, will move!

↕️ The altcoin market followed closely with Bitcoin’s price action yesterday on the release of the CPI data. But more notably, Polygon (MATIC) and Uniswap (UNI) have performed best over the last 24 hours, both being up 🟢 14% and 11% respectively.

🌶️ Our very own NAGA Coin (NGC) is still performing well, keeping its momentum from yesterday's performance, 🟢 now up over 8%. Read here on how to take advantage of holding NGC and how you can stake and earn interest!

🔴 Dogecoin (DOGE) was one of the lagging altcoins over the last 24 hours on the release of the data yesterday, now currently -2% down.

🕵 So, as you have probably noticed by now, the CPI data 📝 released yesterday has been a prevalent topic throughout, and this is mainly due to the effect it not only had on the traditional markets which was to be expected but on Bitcoin dropping sharply on its release and then reclaiming back to higher highs. A perfect example of why these economic events are important to keep into consideration for crypto traders and investors!

📝 As for the CPI data itself, U.S. data showed inflation coming in a full 0.3% higher than expected, with peak inflation hitting 9.1% year on year; causing a dollar strength spike to 108.5% and the euro to fall below parity with the USD! This has been the highest reading 🤯 since the 1980’s. Charles Edwards (CEO of Crypto Asset Manager) 🐤 tweeted: “Only 12 out of the last 110 years had inflation above 9%. If inflation was still calculated the same as it was four decades ago, today's reading would likely dwarf the others.”.

📊 The onset result of this data affected markets globally. Equity markets closed the day lower, and the futures on the S&P 500 and Nasdaq both fell 0.7%.

⚠️ Don't forget to keep your eyes on the PPI, Core PPI and Unemployment Claims later on today (at 3:30pm GMT+3), to see how the markets will react from here.

📖 And in case you haven't done so already, click here to read our weekly economic events and forecasts blog for this week!